NEW BEDFORD — Bobbing along the Acushnet River on a sparkling morning, you get the sense this storied and long-pummeled city might be on the brink of something great.

A couple of recently derelict mill buildings boast handsome, shiny new windows, and tenants with water views. Workers are transforming another hulking, long-vacant shell into lofts. City economic development chief Matt Morrissey points to the 22-acre Riverside Park and traces the path of the newly funded Riverwalk, which will reconnect residents with the waterfront.

And last week, New Bedford got news that the harbor waters that define this place will no longer be the toxic soup residents have lived with for decades. A $366 million settlement with the parent company of the factory that turned the Acushnet, and the harbor it flows into, into one of the nation’s most polluted waterways means it might be clean in seven years, instead of the 40 it was going to take to haul out the carcinogenic sludge.

And that has put spring in a lot of steps around here.

“There are things people thought would never get done,” says newish Mayor Jon Mitchell. “People now have reason for hope.”

City officials reckon a clean harbor will open New Bedford to more projects like the ones unfolding along the waterfront – restaurants and stores, housing, even more hotels to join the recently opened Marriott, the city’s first new hotel in 40 years.

On paper, New Bedford looks grim. According to think tank MassINC, a huge 12 percent of New Bedford residents are unemployed; 44 percent are poor; only 14 percent have a bachelor’s degree; 55 percent of kids are already behind by third grade; and an anemic 54 percent graduate high school in four years.

The state of the real city is far more nuanced, and appealing, than that. New Bedford may have lost its industrial past, but it never lost the quirkiness and vitality that made it a magnet for artists. The harbor isn’t gussied up, but it’s working, and that has its own beauty. Even run-down neighborhoods throb with life, and pride, the product of centuries of immigrant waves. Over the last decade or so, downtown has transformed, its handsome, once-vacant storefronts hosting cafes and vintage stores. You can call New Bedford a lot of things, but generic isn’t one of them.

Colleen Dawicki, a project manager at UMass Dartmouth’s Urban Initiative, grew up in Fairhaven, across the river. She came back two years ago, after 10 years away, “because something was happening,” she says. “It feels reinvigorated.” The Initiative just surveyed local households, and 64 percent of respondents said they were satisfied with life in New Bedford.

For others, it is still a hard place to be. Corinn Williams, executive director of the Community Economic Development Center, sees a lot of them – including underpaid immigrant workers, and poor families whose kids flail in the schools. She finds it difficult to see how the needs of waterfront developers mesh with those of residents in low-income neighborhoods.

Mitchell knows the schools are in trouble. He has installed a new superintendent, and negotiated a new teacher contract that allows for better evaluations. City Hall is spreading the prettification, aiming to make Acushnet Avenue, which runs through one of the city’s poorest and most diverse neighborhoods, into a destination for the entire city. In addition, the city has been pursuing blue-collar jobs: Decidedly indifferent to the charms of casinos, New Bedford is banking instead on becoming a hub for assembling and transporting wind turbines planned for Nantucket Sound, and beyond.

It’s clear City Hall sees a brighter future for New Bedford, making it attractive to middle-class residents, growing the tax base, and having everything follow from there.

Will it happen? If a clean harbor is possible, anything is.

Yvonne Abraham is a Globe columnist. She can be reached at abraham@globe.com 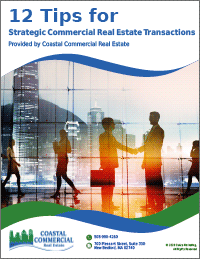